The Tears of the Prophet: The Last Seconds of Muhammad’s Life 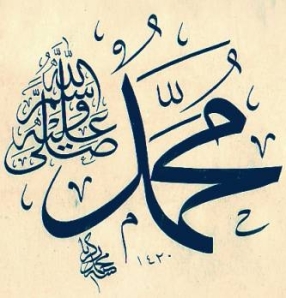 Muhammad’s daughter, Fatima Az-Zahra, was having the blues due to his lovely father was seriously ill. Suddenly, someone outside knocked the door. The stranger recited greeting and said:  ”May I come in…”. While not paying attention, Fatima did not allowed him to come in: ”I am sorry, my father is having fever.” She said behind the door and closed it.

She turned back to his father who’s lying on the bed. Muhammad slowly opened his eyes and asked Fatima tenderly:
”Who is he my dear?”
”I don’t know Dad… It seems that this is the first time I saw him.”
Muhammad then stared at his daughter with a thrill. Seemingly, he was memorizing all parts of her face, parts of her happiness.
”My daughter, you have to know… he is who wipe out the temporary joy, he is who separates man to another forever. He is the angel of death. He is coming to pick me up!” Fatima could not hold on her emotion. She was sick at heart and cried out. The angel came close to Muhammad and Muhammad asked: ”Where is Gabriel? Why doesn’t he come with you?”

Then, Gabriel was called. Gabriel was previously being prepared in the sky of the earth to welcome the Muhammad’s spirit, God’s lover, the master of human kind and the last messenger. Gabriel is now standing beside him. In the breathtaking moment, Muhammad asked with weakly voice:
”Gabriel, explain to me my rights in front of Allah?”
”The doors of sky have been opened, angels are waiting for you impatiently, the heaven is also not patient to be dwelled by you,” Gabriel explained. However, such exhilarating news seems did not make Muhammad quite happy, he still worried something.

”You are apparently not quite happy with the news Oo… God’s lover?” asked Gabriel again.
”Gabriel, tell me what about my followers?”
”You don’t have to worry about. I have heard that Allah said to me: ‘I prohibited the heaven for anybody except Muhammad’s followers have been there,” answer the angel. Muhammad turned out to be calm down.

The last moment comes closer. Time runs second by second. This is the time for Izraeel, the angel of death, to perform the execution. Slowly but sure the spirit of God Messenger cold drawn. All parts of his body look sweaty, his nerves tighten: ”Gabriel… what a painful …!” Slowly he said while holding the pain of death process.
Fatima covered her eyes with her hand and scarf, burst into tear, Ali bin Abi Thalib bowed deeper, and Gabriel turned his  face.
”Don’t you like me Gabriel so you look away?”
”Oh… Muhammad, who will be strong to witness the God’s lover at death’s door like this.”

Muhammad felt the very ill of his death, he moaned and said:
”Oo.. Allah, what a painful this death, just struck down all these tortures to me not my followers.” His body started to be cold, no more moves in his feet and chest. His lip is likely to say something important. Ali soon bowed his body and turned his ear to Muhamad’s face: ”Ushikum bishalâti… wa mâ malakat aymânukum…” (Keep your pray and take care of the weak among you!).

Outside, people crowded and started to cry loudly and noisily. The companions embraced each other. Fatima could not hold his falling tears and Ali closed his head again to the blueish Muhammad’s lips: ”ummatî …. ummatî … ummatî ….” (my people… my people … my people).

And,… his holy spirit left his body. The history of the greatest man on the earth has come to end. The most nobleman has bequeathed to the world with a shining truth, saved human kind from the darkness. He guided millions of people from ignorance to beliefs of one God: Allah, the Creature of universe. He is the man who his loves is borderless. He is the prophet who loves his peoples more than loves himself. Can we love him as he loves us?

“Oh Allah… overflow Muhammad (peace be upon him) with mercy and happiness, who revealed the covered and covered the revealed, who ended the prophecy, a guide to the truth, a destroyer of the evil with right way and defender the truth also with right way. Pour out the rain of mercy, grace and happiness to him, to his families, his companions and his followers who love him until the end of the world.  Amen.

This entry was posted on Monday, August 16th, 2010 at 14:10 and is filed under Muhammad Rasulullah. You can follow any responses to this entry through the RSS 2.0 feed. You can leave a response, or trackback from your own site.